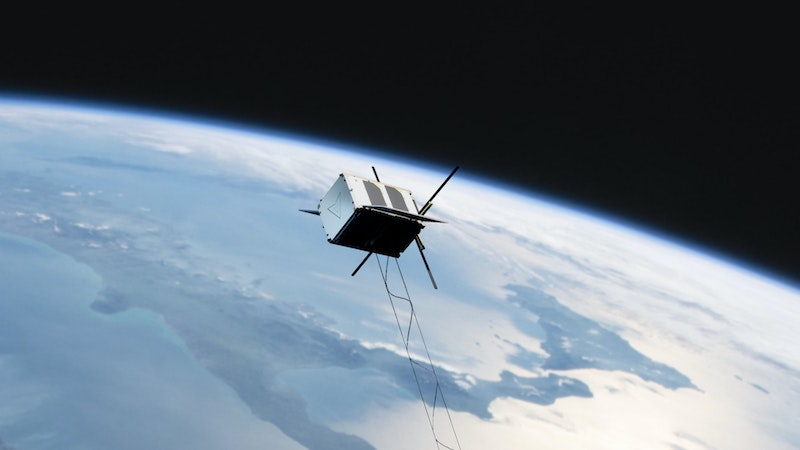 Rocket Lab, a leading launch provider and space systems company, has announced it will launch a satellite to test space junk removal technologies for Aurora Propulsion Technologies, a Finnish company dedicated to the sustainable use of space.
Lifting-off from Launch Complex 1 on New Zealand's Mahia Peninsula as part of a rideshare mission scheduled in Q4, 2021, Electron will deploy AuroraSat-1 to low Earth orbit in a demonstration of the company's proprietary propulsion devices and plasma brakes that provide efficient propulsion and deorbiting capabilities for small satellites. The CubeSat will validate the water-based propellant and mobility control of its Resistojets that can assist CubeSats with detumbling capabilities and propulsion-based attitude control. AuroraSat-1 will also test its deployable Plasma Brakes which combine a micro-tether with charged particles in space, or ionospheric plasma, to generate significant amounts of drag to deorbit the spacecraft safely at the end of its life.
The recently-signed launch agreement provides Aurora with an accelerated on-ramp to space at a critical phase in the company's growth and technology development. Originally manifested to launch on a different rocket and orbital transfer vehicle, this rapid and streamlined space access, combined with the ability of Electron's Kick Stage to precisely deliver payloads to their unique orbits, were decisive factors in Aurora selecting Rocket Lab as the launch provider for their mission.
"Speed to space is crucial in the development of next generation technologies like Aurora's, made possible by the dedicated team behind Electron that delivers rapid and responsive launch for satellite operators who want to move quickly," said Rocket Lab founder and CEO, Peter Beck. "We're delighted to be working with Aurora to enable new and innovative systems with the safe and sustainable use of space in mind."
Aurora CEO, Roope Takala said: "After earlier launch plans fell through, we greatly value Rocket Lab's ability to offer a launch in a flight window starting just three months from our originally planned launch date. The quick response Rocket Lab offered allows us to space prove our technologies this year and keep on track with our development plans."
The AuroraSat-1 launch agreement follows a collection of other announced satellites flying onboard Electron including the first ever wooden satellite, WISA Woodsat, developed by Finnish company Arctic Astronautics. The mission is expected to follow on from three back-to-back Electron launches in August and September for BlackSky Global, and the CAPSTONE mission to the Moon in support of NASA's Artemis program.
Source and top image: Rocket Lab