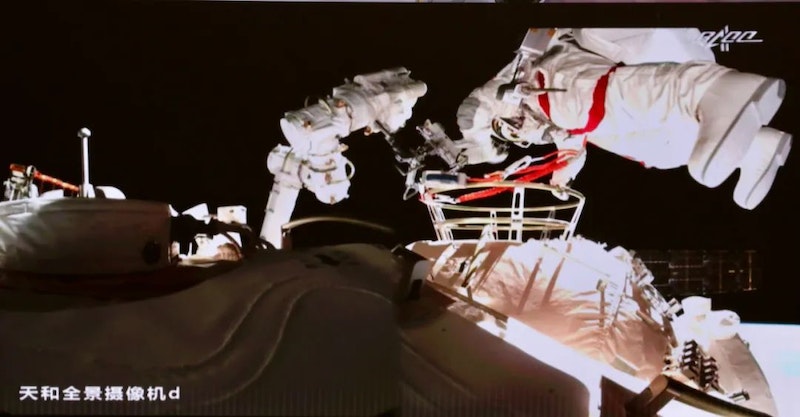 Two astronauts in the Shenzhou 12 crew have successfully exited the cabin of the Tianhe core module.
At 8:38 on August 20, 2021, Beijing time, astronaut Nie Haisheng successfully opened the exit door of the core module of Tianhe. Tianhe was launched into orbit in April 2021 as part of the Chinese space program. The astronauts were dressed in new generation space suits independently developed by China.
The astronauts completed the installation of foot stoppers and extravehicular workbenches on the robotic arm. Subsequent work will be carried out with the support of the robotic arm. During the spacewalk, the astronaut Tang Hongbo in the cabin cooperated and supported the two astronauts outside of the cabin.
The spacewalk allowed the astronauts to install a pump to help move liquid coolant through a system to regulate temperatures inside the space station.
The Shenzhou 12 crew will return to Earth in mid-September. The space station is part of China's ambitious drive to increase its presence in space. 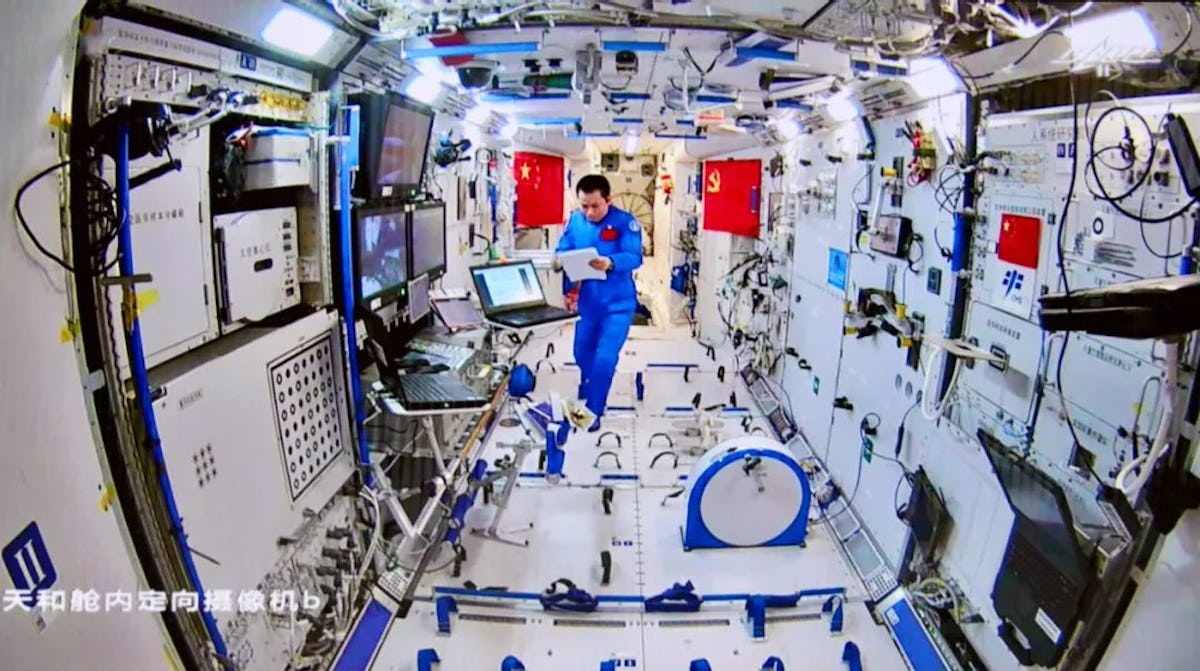