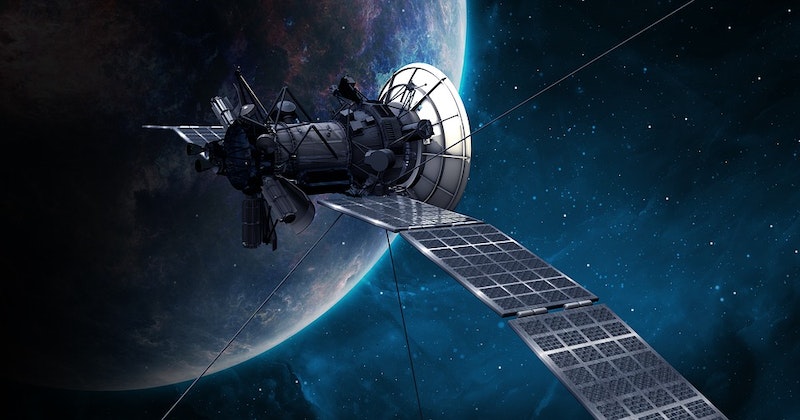 On the occasion of the Paris Peace Forum, Eutelsat Communications announced that it is joining the "Net Zero Space" initiative which has been launched with support from several leading players in the space industry. The ambition of this international alliance is to create a sustainable outer space environment in 2030 by initiating immediate action to contain and mitigate the generation of in-orbit debris.
Taking this opportunity, Eutelsat reiterates its commitment to a safe and uncluttered orbital environment. This is notably reflected in the adoption of a Space Debris Mitigation Plan, a company-specific initiative that has been constantly updated since its launch in 2005. Under this plan, Eutelsat has achieved a success rate in excess of 95% for deorbiting its spacecraft, well ahead of the industry average. The plan also promotes full compliance with the requirements of the French Space Act, which ranks among the most stringent in the world when it comes to preventing the formation of space debris. The Group is also an active member of the Space Data Association and an ISO 9001 certified company for its satellite control operations.
Since the advent of the outer space era in 1957, more than 12,000 satellites have been placed in orbit and have progressively turned into more than 1 million stagnant objects of at least one centimetre in size that are now considered to be orbital debris. In the face of this situation, there is a compelling need for international action to ensure continued monitoring of progress in addressing outer space congestion, so that all stakeholders can develop their activities in a sustainable Earth's orbital environment.
"Eutelsat is honoured to work alongside the Paris Peace Forum on the crucial issue of outer space sustainability and to endorse the Net Zero Space initiative," said Eutelsat Deputy CEO Michel Azibert. "As a leading global satellite operator, it is of paramount importance for us to maintain a safe and sustainable outer space environment. Taking no action would increase the risk of space asset collisions, undermine the safety and sustainability of space operations and inflate the cost of access to the most useful orbits."
Source: Eutelsat
Top image: Pixabay