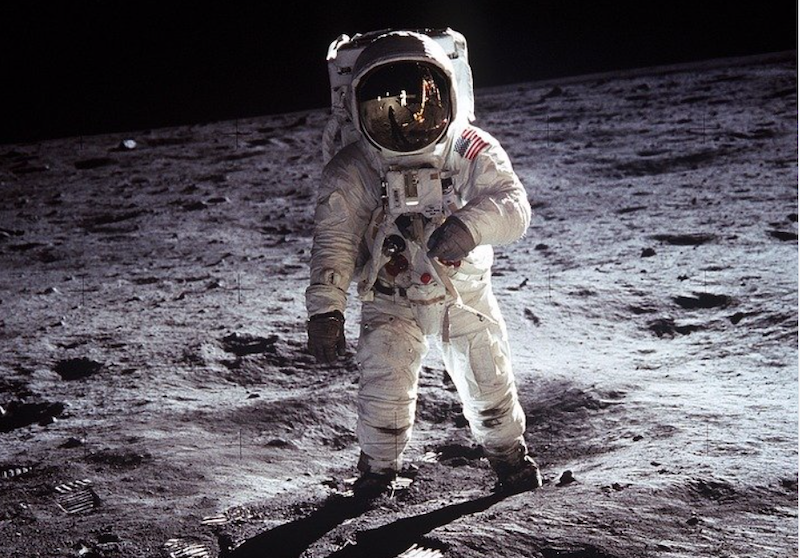 In the first major Artemis update provided under the Biden-Harris Administration, NASA leadership discussed Tuesday the challenges and progress of America's lunar exploration plans and reiterated a long-term commitment to exploring the Moon and sending astronauts to Mars.
The update follows a judge's recent decision to uphold NASA's selection of SpaceX to develop and demonstrate a modern human lunar lander for returning astronauts to the Moon for the first time in more than 50 years. NASA Administrator Bill Nelson spearheaded the conversation, laying out the path forward for early Artemis missions that will pave the way for lunar surface missions.
"We're pleased with the U.S. Court of Federal Claims' thorough evaluation of NASA's source selection process for the human landing system (HLS), and we have already resumed conversations with SpaceX. It's clear we're both eager to get back to work together and establish a new timeline for our initial lunar demonstration missions," Nelson said. "Returning to the Moon as quickly and safely as possible is an agency priority. However, with the recent lawsuit and other factors, the first human landing under Artemis is likely no earlier than 2025."
Prior to that surface mission, NASA is focused on the Artemis I uncrewed and Artemis II crewed flight tests around the Moon. Nelson announced the Orion spacecraft development cost now is $9.3 billion from fiscal year 2012 through the first crewed flight test no later than May 2024. The Artemis II mission includes sending astronauts aboard Orion farther into space than any humans have ever traveled before, roughly 40,000 miles past the Moon, before returning home.
Those missions, as well as a future uncrewed lander demonstration mission with SpaceX, will precede the Artemis III crewed lunar landing mission. NASA also plans to issue a formal solicitation next spring for recurring human landing systems services.
Among the challenges the agency and its partners have addressed in deep space exploration development, Nelson noted a delayed lunar landing is due, in part, to first-time development challenges, an almost seven-month delay due to the HLS lawsuit, Congress not appropriating sufficient funds for the HLS competition, the COVID-19 pandemic, and the Trump Administration's landing goal of 2024 not being technically feasible.
"Going forward, NASA is planning for at least 10 Moon landings in the future, and the agency needs significant increases in funding for future lander competition, starting with the 2023 budget," said Nelson.
In the meantime, there are efforts to reduce costs and streamline operations underway. The agency has issued a request for information to industry to maximize efficiencies in the Space Launch System (SLS) enterprise and also has asked industry partners to build spacesuits and provide spacewalk services for International Space Station and Artemis program missions.
It also has been about 45 days since NASA announced it was reorganizing its human spaceflight programs into two key mission directorates, Space Operations, as well as Exploration Systems Development. That change is helping the agency put focused oversight in place to support and execute missions in low-Earth orbit and at the Moon and Mars.
The agency's update does not affect later Artemis mission schedules and lunar surface plans, including Gateway development and other activities later in the decade. NASA and its international and commercial partners also are building Gateway, a lunar orbiting outpost that will provide critical infrastructure and functionality for long-term exploration of the Moon and Mars, as well as other enabling technologies. NASA encourages our partners to continue research and development activities for lunar science and exploration as planned as we move closer than ever before to establishing a long-term human presence at the Moon.
NASA Deputy Administrator Pam Melroy said, "What we're doing is one of the great undertakings of humanity - the scope of it from SLS to Orion to Gateway, human landing systems, ground systems, communications, spacesuits and more - its staggering. First at the Moon, and then at Mars. But we're NASA, and we're rising to the challenge."
Source and top image: NASA