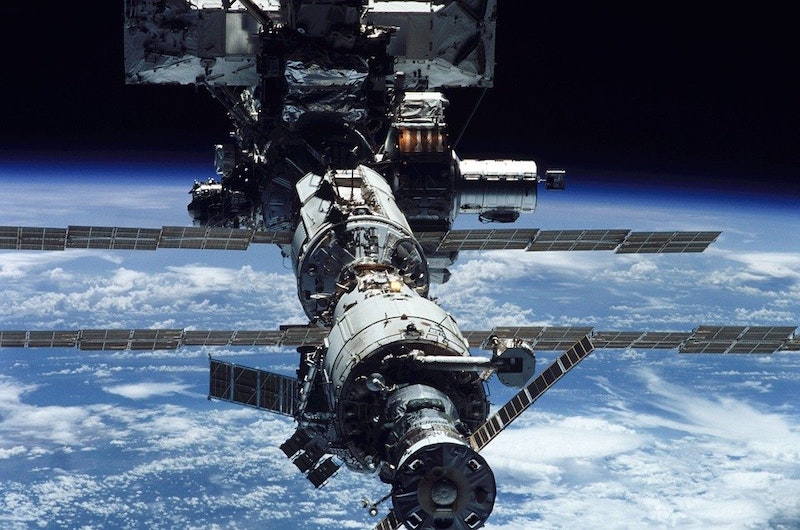 Saber Astronautics has signed a deal with private spaceflight leader Axiom Space, Inc. to create an Australian presence on the International Space Station (ISS). Saber Astronautics will develop the first formal program to enable Australians and Australian industry to, via Axiom, access the Station's orbiting microgravity laboratory and develop a new generation of space-developed products for human health, materials, electronics, cleantech, and more.
The Saber Astronautics program aims for direct industrial involvement and flights using people selected from the Australian public. Saber's CEO Dr. Jason Held explains, "What we would like to do is open the benefits for broader industrial use by conventional industry."
The ISS program has been a test bed for advanced scientific research since its completion in 2011, with much of the technology previously developed for space finding "spinout" advantage for the commercial sector on Earth.
NASA competitively selected Axiom to add a series of its privately developed modules to the ISS beginning in late 2024, planned to later detach and become a free-flying, next-generation station - a move widely understood to be paving the way for the commercial successor to the 20-year old station. NASA and Axiom Space further signed an order for the first private astronaut mission to ISS in February 2022, with Axiom planning multiple missions as precursor to its station construction.
Today, the unique environment, such as a lack of gravity, easy access to cooling, and a nearly 100% sterile environment are enabling a new generation of products beyond the spin-outs, with strong commercial potential. Examples include near perfect fibre optics, protein crystals for better drugs, and quantum computing. The clean vacuum of outer space can make thinner, purer materials like semiconductors and ultra-pure metals.
The deal with Axiom builds on Saber Astronautics' growing leadership in space operations. Saber currently owns and operates the Responsive Space Operations Centre (RSOC) based in Adelaide and Colorado. The Adelaide RSOC received $6M funding from the Australian Space Agency's Space Infrastructure Fund last year. Supporting astronauts is a long-term goal of Saber's RSOC program accelerated by the agreement with Axiom.
As part of the program, Saber will directly engage Australian companies in a series of workshops in each state, in coordination with local governments. Consortiums formed by the workshops will develop the requirements and resources that their products will need for the flights. The program will both train the companies that participate as well as help them determine which products can benefit from the ISS program.
By involving domestic industries directly, not only will the Australian market gain access to build new and competitive products, but also form a cornerstone program to bring astronauts from the Australian population. This allows a path for Australians to be astronauts and work independently without requiring a change of citizenship to the USA or European Union.
Space is still very new to many Australians, so the first step is to work with targeted industries and help them make best use of the opportunity. "With Axiom we now have a way to develop an Australian astronaut program and significant industry advantages at the same time." Saber plans to start workshops at the end of the year, in coordination with the RSOC program.
Source and top image: Saber Astronautics