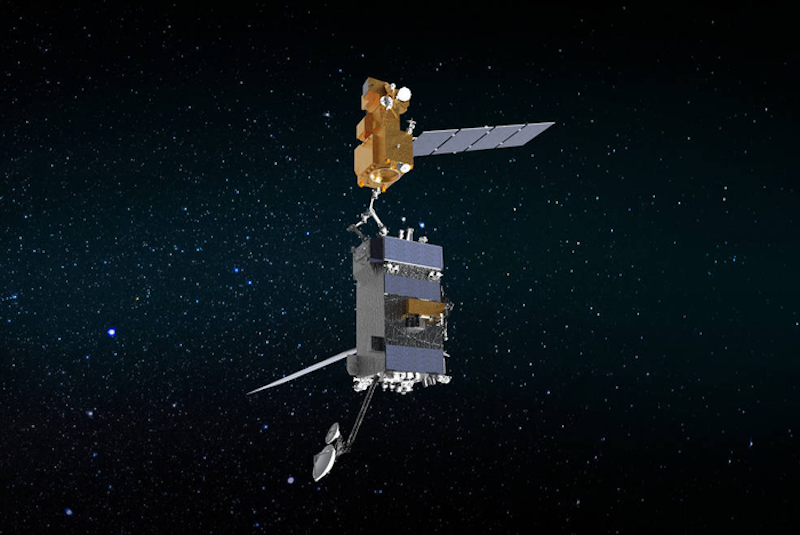 NASA's On-orbit Servicing, Assembly, and Manufacturing 1 (OSAM-1), a mission that will be the first to robotically refuel a satellite not designed to be serviced, and will also demonstrate assembly and manufacturing technologies and capabilities, has passed its mission critical design review (CDR). This is an important milestone that paves the way for the construction of the spacecraft, payloads, and ground system.
NASA and Maxar Technologies successfully completed the mission CDR in February 2022, less than a year after the same milestone was reached for the mission's spacecraft bus, which focused on the portion of the spacecraft responsible for communications, power, and maneuvering.
The mission review included all elements that will act together as an integrated system:
During the review, NASA engineers and leadership confirmed that the OSAM-1 design is complete and meets specified requirements. NASA can now proceed with flight manufacturing, assembly, and integration of the three-armed robotic spacecraft. Later this year, Maxar Technologies will deliver the spacecraft bus to NASA's Goddard Space Flight Center in Greenbelt, Maryland, where engineers will complete the integration and testing of all the OSAM-1 components in preparation for launch no earlier than 2025.
OSAM-1 will use a robotic arm and tools to grapple Landsat 7 and provide the Earth-observing satellite launched in 1999 with more fuel, a first-of-its-kind refueling demonstration by NASA. Following the servicing, the space vehicle's SPIDER payload will demonstrate in-space assembly by constructing a functional communications antenna from stowed parts, as well as in-space manufacturing by producing a spacecraft beam through a process called pultrusion.
In combination, on-orbit servicing, assembly, and manufacturing technologies and capabilities could help create a more sustainable future for exploration of our solar system and beyond, from servicing spacecraft so that they can journey farther, to constructing and maintaining structures to support a continued human presence in space.
OSAM-1 is funded by NASA's Space Technology Mission Directorate through its Technology Demonstration Missions program.
Source and top image: NASA