First All Private Astronaut Mission to the International Space Station 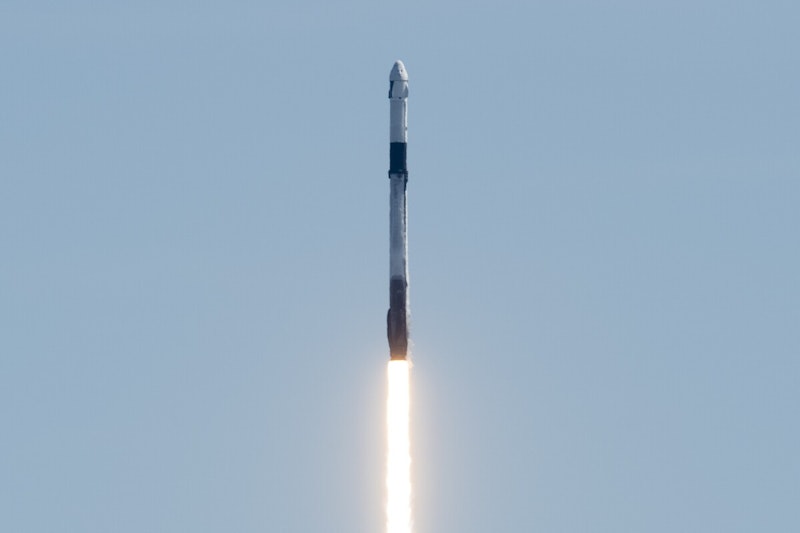 Four private astronauts are in orbit following the successful launch of Axiom Mission 1 (Ax-1), the first all private astronaut mission to the International Space Station. Axiom Space astronauts lifted off at 11:17 a.m. EDT on Friday, April 8, from Launch Complex 39A at NASA's Kennedy Space Center in Florida.
A SpaceX Falcon 9 rocket propelled the Dragon Endeavour spacecraft carrying Ax-1 crew members Michael López-Alegría, Larry Connor, Mark Pathy, and Eytan Stibbe into orbit. The crew will spend more than a week conducting scientific research, outreach, and commercial activities on the space station.
"What a historic launch! Thank you to the dedicated teams at NASA who have worked tirelessly to make this mission a reality," NASA Administrator Bill Nelson said. "NASA's partnership with industry through the commercial cargo and crew programs has led our nation to this new era in human spaceflight — one with limitless potential. Congratulations to Axiom, SpaceX, and the Axiom-1 crew for making this first private mission to the International Space Station a reality."
"I first want to congratulate Michael, Larry, Eytan, and Mark," said Michael Suffredini, president and CEO of Axiom Space. "We will usher in a new era in private human spaceflight when they cross the threshold to enter the International Space Station. This journey is the culmination of long hours of training, planning, and dedication from the crew and the entire Axiom Space team, our partners at SpaceX, and of course, a credit to NASA's vision to develop a sustainable presence in low-Earth orbit."
Once aboard the station, the Axiom crew will be welcomed by Expedition 67 crew members, including NASA astronauts Thomas Marshburn, Raja Chari, and Kayla Barron, ESA (European Space Agency) astronaut Matthias Maurer, and Roscosmos cosmonauts Oleg Artemyev, Sergey Korsokov, and Denis Matveev.
Axiom Space astronauts are expected to spend about 10 days in orbit before a return to Earth and splashdown at one of seven landing sites off the coast of Florida. NASA and Axiom will release separate advisories to preview the Ax-1 farewell event and return coverage.
Source and top image: NASA