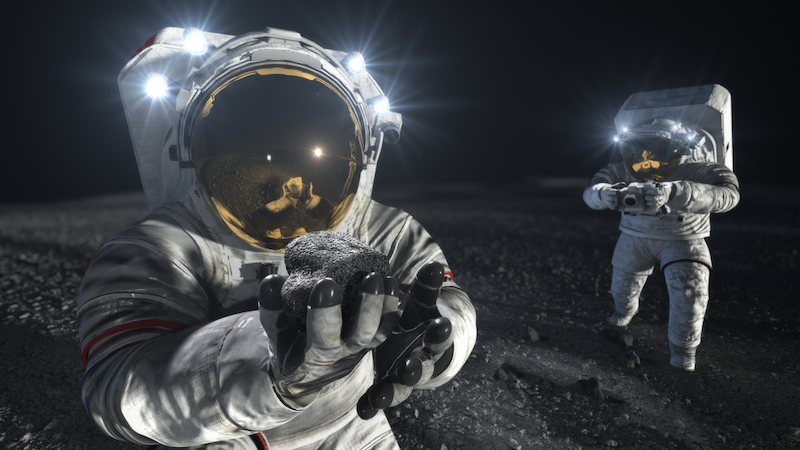 NASA has selected Axiom Space and Collins Aerospace to advance spacewalking capabilities in low-Earth orbit and at the Moon, by buying services that provide astronauts with next generation spacesuit and spacewalk systems to work outside the International Space Station, explore the lunar surface on Artemis missions, and prepare for human missions to Mars. The awards leverage NASA expertise with commercial innovation to support continued science at the orbiting laboratory and long-term human exploration at the Moon under Artemis, including landing the first woman and first person of color on the lunar surface.
"With these awards, NASA and our partners will develop advanced, reliable spacesuits that allow humans to explore the cosmos unlike ever before," said Vanessa Wyche, director of NASA's Johnson Space Center in Houston. "By partnering with industry, we are efficiently advancing the necessary technology to keep Americans on a path of successful discovery on the International Space Station and as we set our sights on exploring the lunar surface."
The companies selected were chosen from the Exploration Extravehicular Activity Services (xEVAS) contract solicitation. The contract enables selected vendors to compete for task orders for missions that will provide a full suite of capabilities for NASA's spacewalking needs during the period of performance through 2034. The indefinite delivery and indefinite quantity, milestone-based xEVAS contract has a combined maximum potential value of $3.5 billion for all task order awards. The first task orders to be competed under the contract will include the development and services for the first demonstration outside the space station in low-Earth orbit and for the Artemis III lunar landing.
Each partner has invested a significant amount of its own money into development. Partners will own the spacesuits and are encouraged to explore other non-NASA commercial applications for data and technologies they co-develop with NASA. This new approach to spacewalk services encourages an emerging commercial market for a range of customers, and grants NASA the right to use the same data and technologies within the agency and on future exploration program procurements.
NASA experts defined the technical and safety standards by which the spacesuits will be built, and the chosen companies agreed to meet these key agency requirements. The commercial partners will be responsible for design, development, qualification, certification, and production of spacesuits and support equipment to enable space station and Artemis missions. For further information see the IDTechEx report on Wearable Technology Forecasts 2021-2031.
"Our commercial partnerships will help realize our human exploration goals," said Mark Kirasich, deputy associate administrator of NASA's Artemis Campaign Development Division. "We look forward to using these services for NASA's continued presence in low-Earth orbit and our upcoming achievement of returning American astronauts to the Moon's surface. We are confident our collaboration with industry and leveraging NASA's expertise gained through over 60 years of space exploration will enable us to achieve these goals together."
The agency will continue to make flight- and ground-based test data from NASA-led space station spacewalks and NASA's Exploration Extravehicular Mobility Unit (xEMU) development project available to companies through the EVA Technical Library. This will encourage an accelerated transition to industry while reducing risks and providing access to previous NASA investments in advanced exploration spacesuit development.
NASA designed the contract to endure and evolve with needs of the agency and space industry. The contract also provides the agency with an optional mechanism to add additional vendors that were not selected in the original award announcement as the commercial space services market evolves.
The xEVAS contract is managed by the EVA & Human Surface Mobility Program at NASA Johnson. NASA's goal is to provide safe, reliable, and effective capabilities that allow astronauts to survive and work outside the confines of a spacecraft to maintain space station and explore the areas on and around the Moon.
Source and top image: NASA